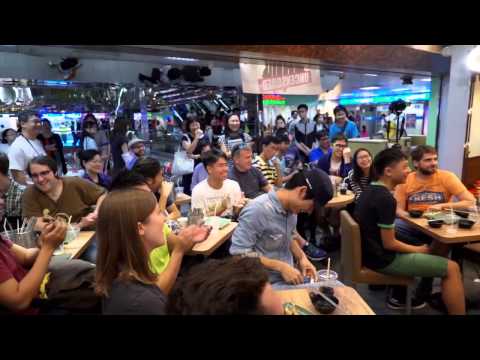 Posted at: March 25, 2018 at 10:59AM
By:
Q&A with the Hong Kong Bitcoin Meetup: https://t.co/uXLogFCE50
Automate your Trading via Crypto Bot : https://ift.tt/2EU8PEX
Join Telegram Channel for FREE Crypto Bot: Crypto Signal

The following post by notsonot is being replicated because the post has been silently greylisted(for 9.4 hours).
(It was approved by the mods at: 2017-10-27T12:35:21.000Z)
The original post can be found(in censored form) at this link:
np.reddit.com/ Bitcoin/comments/78z1yi
The original post's content was as follows:

[Bull Market Sharing Class №273] Why does WaykiChain (WICC) soar after the start of 2020? With the advent of the bull market, how does WaykiChain perfect their Defi ecosystem and occupy the market?

Finished traveling around the world ... on 1 Bitcoin

Hello BTC Redditors,
Just wanted to share a little announcement rather dear to me.
August of last year I left Portland, Oregon with a mission: see what BTC communities are like around the world...and make it happen with just 1 Bitcoin.
Finally made it :)
18 countries.
12 months.
1 BTC.
Bought it for $4,724 hard earned dollars. A month later in September I felt like a chump who bought a new car off the dealer's lot --- because BTC kept loosing value and sunk to $3,350. But I kept riding that rollercoaster.
In December the price hit $19k. Just a few days before Christmas too. I felt tempted to cash it all out right then and there, let me tell ya. But a few OG's I met in Hong Kong told me to keep saddled on that bucking Bronco -- feel the adrenaline of the ups and the heartbreak of the downs. So I stuck it through. Man, what a ride.
I put a little video together. Not super good at the editing, sorry. But here it is anyway:
https://www.youtube.com/watch?v=gjacVPEaCW8
A few highlights:
+ Met Vitalik Buterin in Shenzhen, China. Wow. Closest I've ever come to meeting an extraterrestrial. I don't mean that in a bad way, either. The guy towered above me (I'm not that tall); he was lanky and gaunt; I could see him thinking about 12 different things while talking to me -- each of them far more important than the small-talk-chitchat he was having with me.
+ Met John McAfee in Singapore. What a character! Listen to this: I ask him what he thinks about the environmental impact of BTC mining (the hot topic at the time). He tells me "I'll keep MGT mining BTC until the last polar bear drowns."
+ Volunteered at a diving school in Palawan, Philippians. It was a workaway type of place. The guy running it, Thad, was doing great things -- teaching local kids how to become dive masters so they could earn a good living diving with tourists. Great dude. A little paranoid when talking about him and crypto, but wow, in it from the early days.
+ Myanmar (Burma). Holy damn. What a country. Incredible ancient ruins. Delicious food. And the friendliest people going through some of the toughest governmental financial bullshit. Corruption, wild inflation, demonetization. And people there would love to use BTC more often to free themselves financially (being part of the unbanked, after all) but they have some of the most fundamental difficulties: (1) shitty cellphone coverage and (2) rampant power outages.
+ Colmar, France. I met one of my hero's .... Anthony Bourdain. Talked to him about food, travel, Bitcoin. A week later. One week after shaking my hand....he took his life. I keep wishing I would have said something. The right thing. Maybe I could have made a difference.
+ Amsterdam. Used a bit of my almost-running-out-BTC to taste true wormwood Absinthe. I saw visions of Bitcoin absolutely crushing governmental fiat and putting Jamie Dimon and Charlie Munger on the streets! Haha no, I wish.
+ Finally made it! 1 BTC! Tonder, Denmark. Just across the border from Germany. I thought I'd make it to Copenhagen. I didn't -- but that's okay. It was a wild ride that opened my eyes in all sorts of ways. Sure I spent months and months sleeping on Couchsurfer's cots, eating the cheapest grocery store mark-down foods, and generally wishing I had cashed out in December --- but I would do it all over again, without cashing out either. Because being on such a strict budget forced me to meet people.
Often times we feel tempted to use money to avoid pains. If I traveled on a big budget I could have stayed in hotels. Instead I couchsurfed, met amazing hosts, and told them all about BTC -- which sharpened my own knowledge. If I was on a bigger budget I could have stuck around certain cities and gone to BTC meetup's only on their set dates. But being on a budget I had to reach out to meetup hosts and hope they'd make time to meet me, trade BTC for fiat, and perhaps even introduce me to their crypto friends -- and they did, every time, because the crypto community is awesome. Around the world I met absolute badass crypto OG's, movers-and-shakers, and newbies too. Learned something from everyone :)
I suppose my mission resulted in a resounding answer: crypto will set us free.
So cheers to a few specific cool cats out there as well as the community at large: Thank you.
+R
P.S. Here's the website with some extras: BitcoinAroundtheWorld.com


SwapSpace team is always ready for discussion. You can drop an email about your suggestions and questions to [[email protected]](mailto:[email protected]) Join our social networks: Twitter, Medium, Facebook The best rates on https://swapspace.co/ Why is SwapSpace https://blog.swapspace.co/2019/09/17/why-is-swapspace/